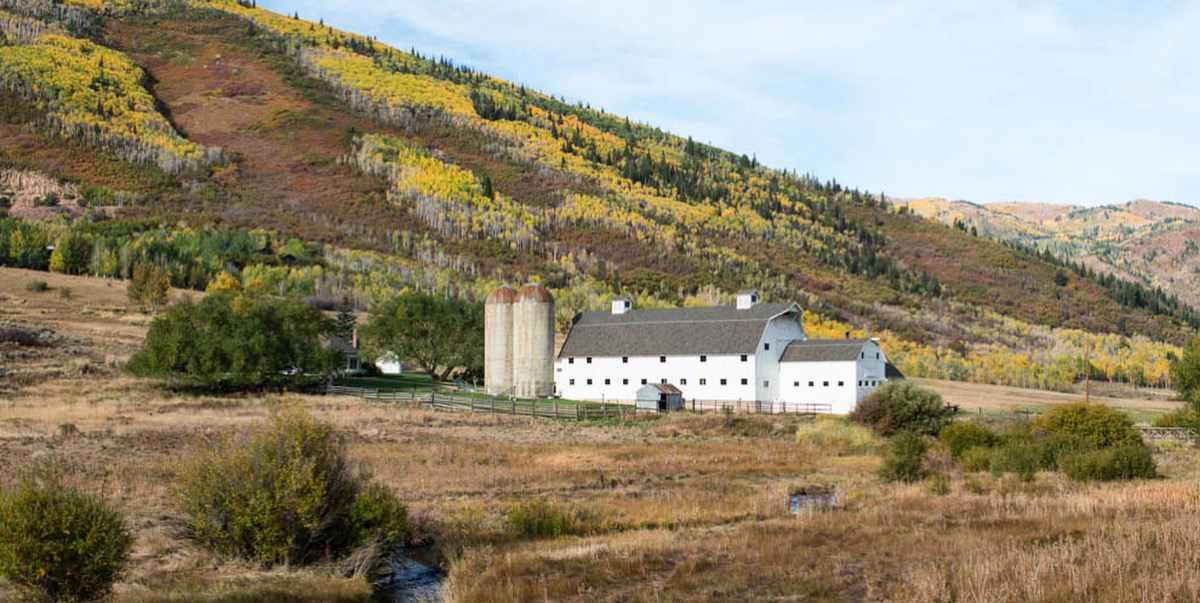 Park City sustains healthy and regenerative ecosystems, and creates safe corridors and habitat that negate the impact of roads, trails and development on the natural systems and wildlife.

Soils can potentially trap a large amount of carbon away from the atmosphere. One method of driving more carbon into soils is through regenerative agriculture.

In summer of 2018, Park City initiated regenerative agriculture on the iconic piece of land at McPolin Barn. This piece of land had remained relatively undisturbed since it was set aside under easement in 1991. The lack of disturbance on the land led to the grasses that grow and die each year to thatch together, never properly decomposing into the soil.

In partnership with Bill White Farms, a local non-profit organization, cattle were reintroduced to the former dairy farm. Rather than allowing them to spread out and graze on their favorite species, the cattle were herded together which forced them to eat down the grasses and weeds indiscriminately. The disturbance by the cows hooves, as well as what comes out of their tail ends, helped to mix dead matter with the soil and facilitate the decomposition process. This accelerated decomposition is key in releasing nutrients, thus creating a healthy environment for microbiota to trap more carbon away from the atmosphere and build up the health of our soils. The healthy soils are better able to retain water, and allow for better growth of native species instead of noxious weeds.
View Full Site