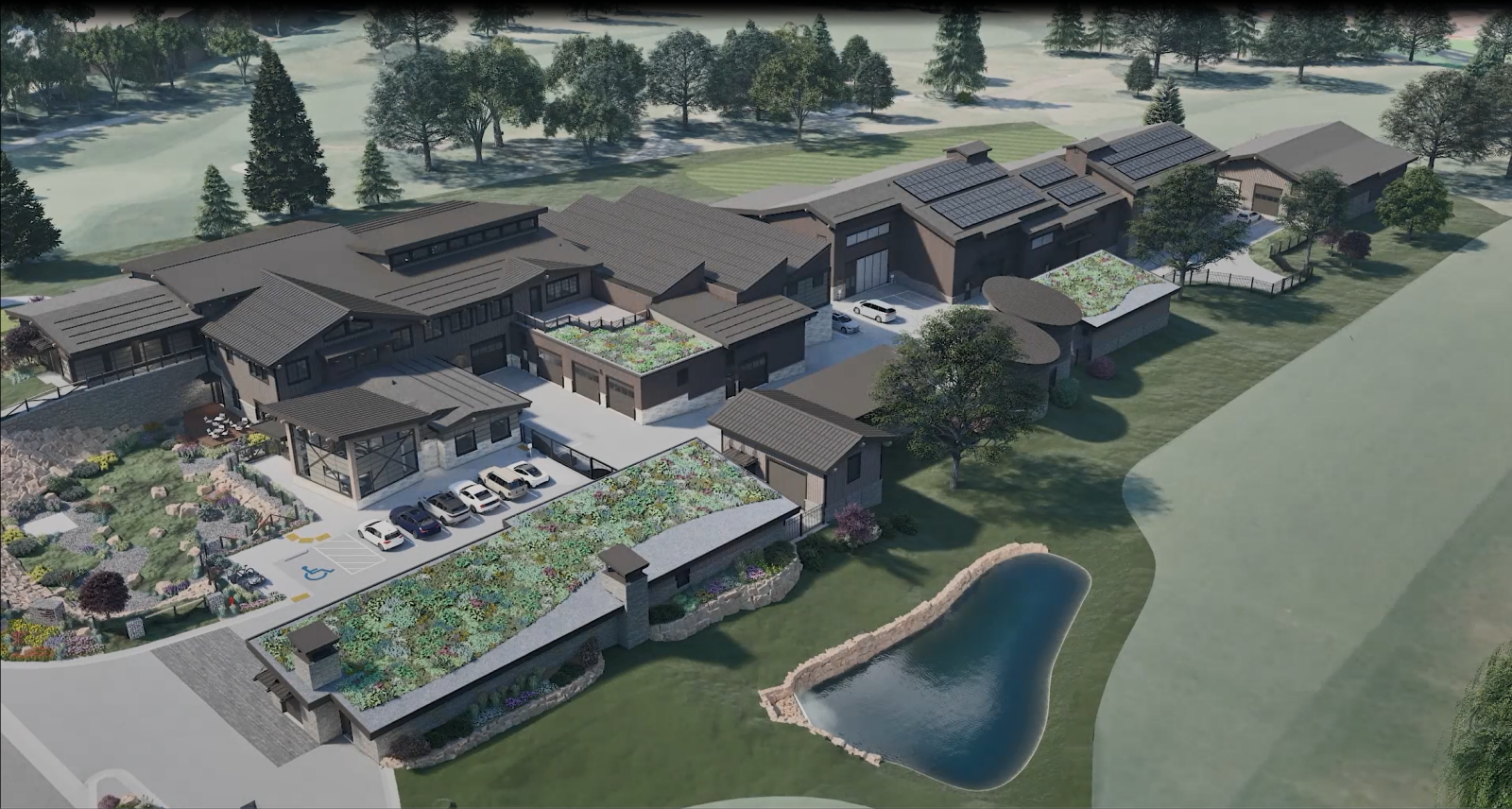 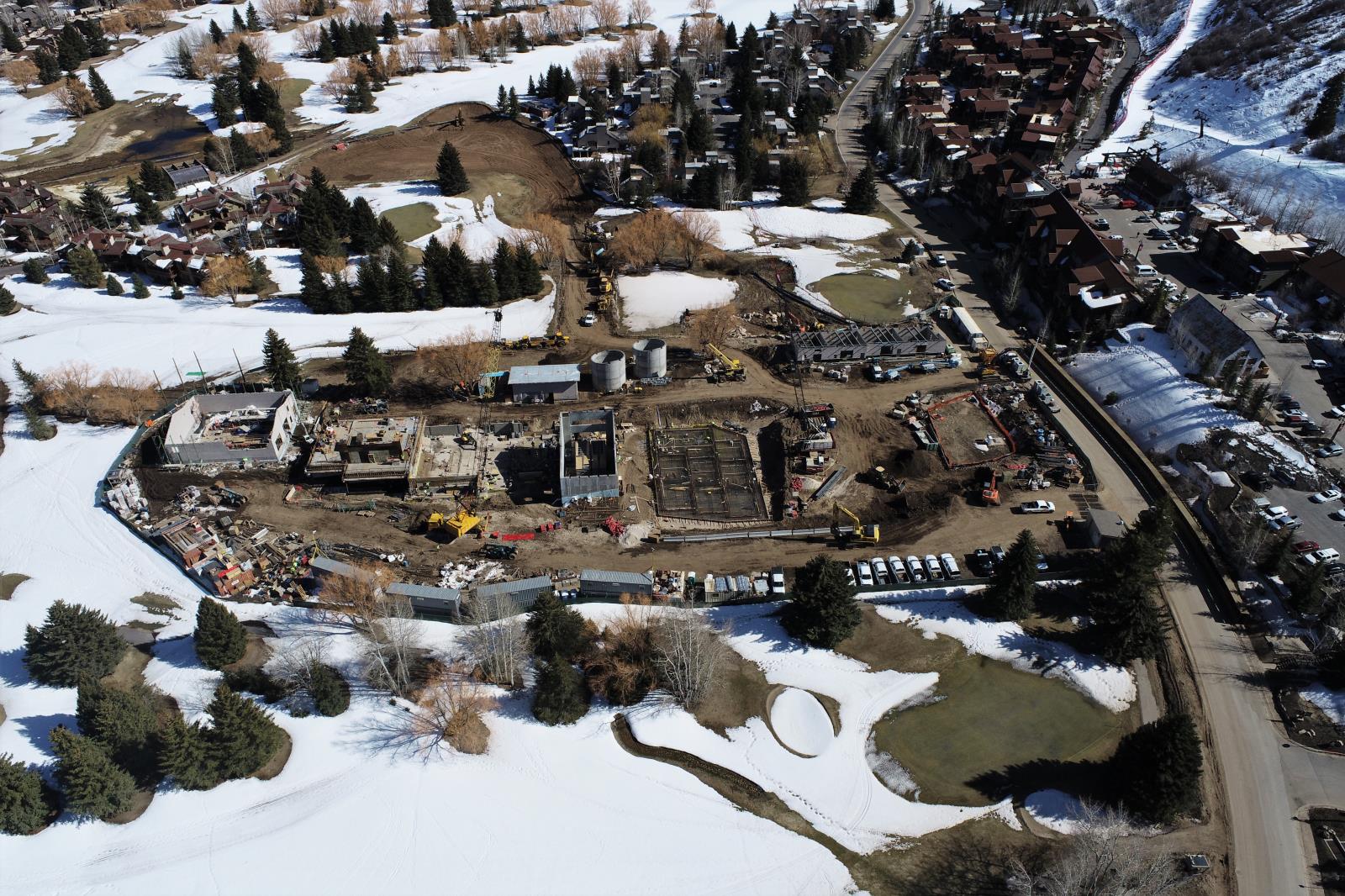 Work is subject to change due to weather conditions, delayed deliveries and COVID-19 regulations.

Utility work across the golf course is complete.

Pond dredging and associated improvements near Golf Holes 12, 13, and 14 area have been completed. Ponds will be refilled in early April.

Pond dredging and associated improvements near Golf Hole 18is underway and scheduled to continue through April 2021.

Restoration of the golf course is scheduled to be complete for golf course play early to mid-May 2021.

Water utility work and restoration of the area adjacent to SR-224 will continue into early June.

3KWTP construction continues and is on schedule. Work activities include:

Construction mitigation (fencing, erosion protection, mud track off pads, etc.) are in place and will remain for the duration of the project.

The pedestrian walkway adjacent to the project site and along the west side of Three Kings Drive will remain in place for the duration of the project.

Efforts to prevent the tracking of debris off the site continue. As the season changes, road sweeping will be adjusted to address changing conditions frommud to dust.

Above grade work is underway and will continue throughout the spring and summer. Building walls are becoming more visible as work continues. Roofing will be installed on several buildings.

Throughout the summer and into fall, on-site work constructing the buildings will transition to work inside the buildings.

Utility work within Three Kings Drive is scheduled to occur in April and May 2021. Impacts to the neighborhood are being considered in scheduling the remaining work. Advance notice for traffic disruptions will be provided. One-way flagging operations will be in place during this work.

The following key construction mitigation items are contained in Park City’s Conditional Use Permit and Building Permits. Park City Water is committed to meeting these items.

The construction manager has developed a detailed critical path for the Project. The following milestones have been identified, however, the schedule is dynamic due to work production and issues such as weather and materials availability/deliveries.

In 2014 Park City was issued Utah Discharge Elimination Systems (UPDES) permits for the discharge of water draining from the Judge and Spiro mine tunnels into McLeod and Silver Creeks. Water from both tunnels exceeds stream water quality parameters identified in these permits.

Due to the cost and complexity of bringing this water into compliance with UPDES permits, a Stipulated Compliance Order (SCO) was entered into between the Utah Division of Water Quality and Park City. The SCO requires that Park City develop and implement a plan to bring discharge into compliance by the year 2024 for the Judge Tunnel and 2033 for the Spiro Tunnel.

In addition, the existing Spiro Water Treatment Plant is aging and will soon need significant investment to keep it operational. While the existing plant consistently produces high quality drinking water, it cannot treat to certain parameters in the UPDES permits, and it lacks capacity to maximize available water from the combined Judge and Spiro Tunnel water sources.

The redevelopment of the Spiro Water Treatment Plant will include:

During the mining period in Park City’s history, drainage tunnels were constructed at the lower elevations of the mine works to keep water within the mountain from interfering with the mining operations.  These drainage tunnels, which contain trace metals from the natural soils and mining operations, discharged directly to the environment.  Over the course of Park City’s history, these waters have been used for various purposes such as drinking water, irrigation, and snowmaking.  The water which exits existing mine tunnel entrances (portals) are referred to as Mining-Influenced-Water (MIW).

Metals in waste streams don't naturally degrade and are toxic to aquatic life, even at low concentrations.  As part of the EPA’s Clean Water Act, it has established that cleanup of mining-influenced-waters, such as those being discharged from the tunnels, is a significant environmental benefit.  In 2014 the Utah Division of Water Quality (DWQ) and Park City entered into a Stipulated Compliance Order (SCO) which contained major milestones for treatment compliance and requirements on pollutant loadings related to the water discharges from the Judge and Spiro mine tunnels.  Non-compliance with the terms of the SCO can lead to:

Water treatment design is a process in which the raw water is analyzed and, based on the receiving water characteristics (stream designation by the DWQ) and the discharge requirements for the treated effluent (water to be discharged from the plant), the treatment process is established. The design is highly site specific and focuses on treatment efficiency, reliability, cost-effectiveness, and minimalizing such items as energy use, traffic impacts, maintenance, and personnel.

Characteristics of the tunnel water must be taken into consideration in terms of physical, chemical and biological characteristic. Sizing of the M-I-W treatment plant depends upon the flows collected within each drainage tunnel. Tunnel flows change from year to year and vary significantly from season to season.  The new water treatment plant process has been developed through substantial studies, which included a year-long pilot-scale study to establish the treatment process and prove its effectiveness in removing metals in the tunnel raw water and a thorough evaluation of life-cycle cost and benefit.

The selected process is considered a multi-barrier approach and includes pre-oxidation, rapid mix/flocculation/ sedimentation (to remove specific particulate metals though precipitation), granular media filtration (to further remove iron and manganese from the water which may cause aesthetic water quality problems such as reddish and/or blackish staining of sinks/bathtubs or laundry), post-filter adsorption (where specific medias are used to remove targeted dissolved metals), and disinfection (for drinking water use). 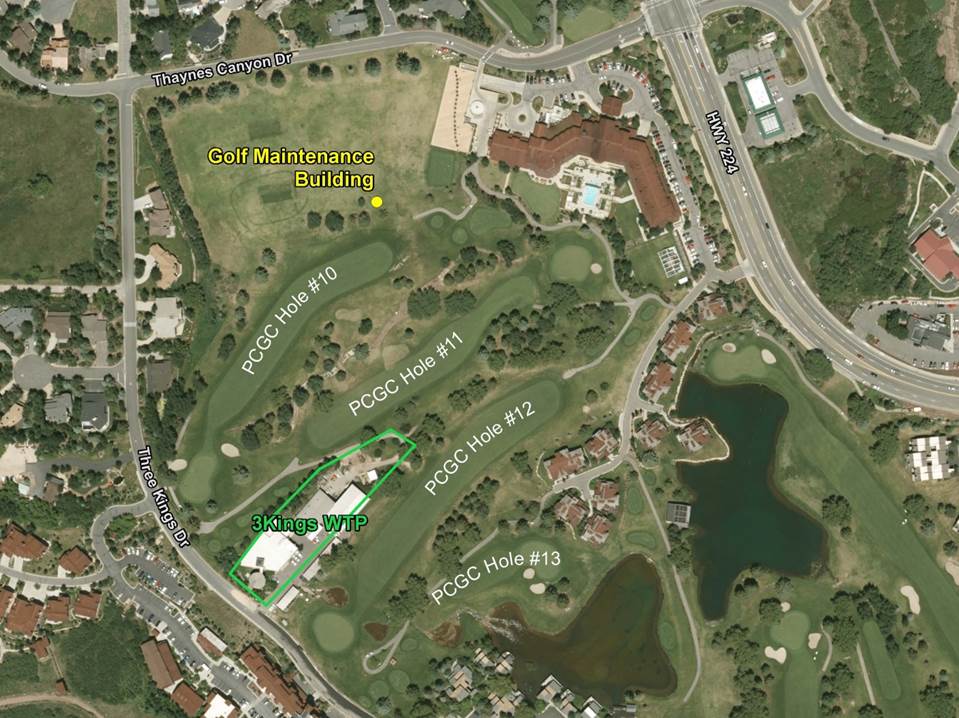