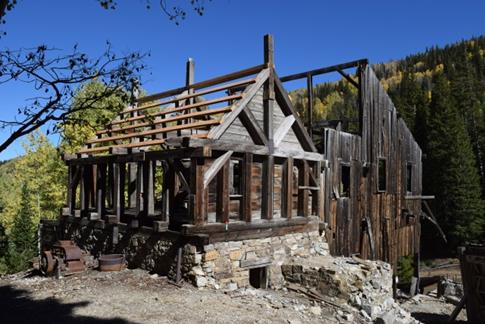 Awards are selected based on the following categories:

The Historic Preservation Board also commissions a piece art that memorializes the project undertaken by the annual award winner(s). This collection of one-of-a-kind art pieces depicting Park City’s historic buildings and structures has created a legacy gallery that is displayed in the public hallways of the Marsac Building. This year’s commemorative art project is a wood block print, by artist Hilary Honadel, which depicts the California Comstock Mill Building, winner of the 2016 Historic Preservation Award. It will be unveiled at the May 23rd event.

As part of the five-year anniversary of this awards program, the City will also be presenting bronze plaques to award-winning preservation projects completed both in 2016 and in years past. These projects include:

“The awards are a great example of the efforts Park City homeowners, architects, builders and residents put into protecting and preserving the historic charm and character of Park City,” said Mayor Jack Thomas. “And Park City’s Historic District is a vital piece of City Council’s efforts to retain our unique way of life and commitment to honoring our past.”

This year, the National Trust is celebrating with three simple words “This. Place. Matters.” As part of the national campaign, people from all over the country are encouraged to celebrate and showcase the places that hold special meaning to them and their communities.

The Utah State Historic Preservation Office—Utah Division of State History—is also promoting May as Archeology and Preservation Month. The state is celebrating with events scheduled in each of their Certified Local Government communities.